The launch of Mr. Sauce 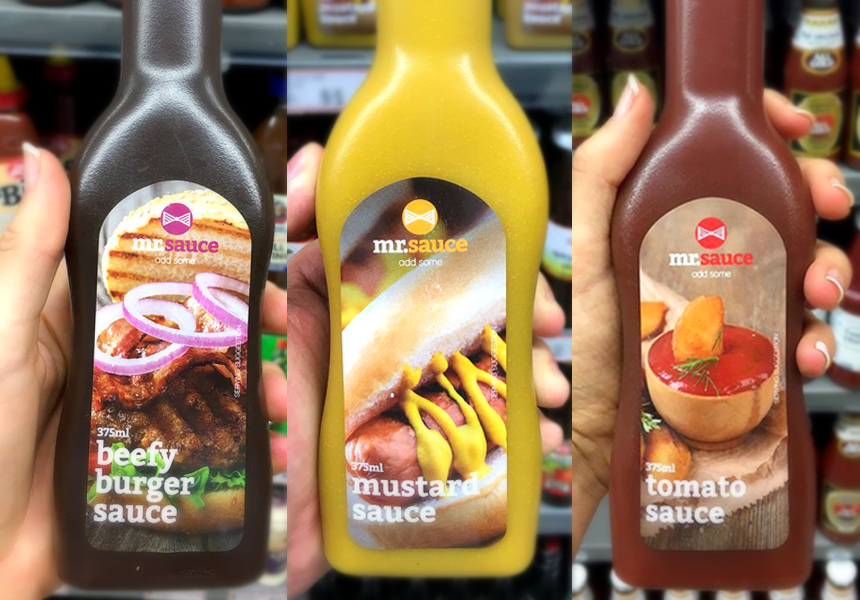 Before we divulge on the Mr. Sauce launch into retail and which supermarket you can find us in, let’s rewind the clock a bit.

Efoods began its sauce journey in 2012 when the company diversified from manufacturing single-serve sachets and incorporated a bulk (5 litre) manufacturing division.

This was all new territory as previously, the ready-made sauce was packed into sachets. Now the process began from scratch, manufacturing the sauce from our own homegrown recipes, devised by a new in-house food scientist. Through a process of refinement and iteration (and A LOT of tastings!) we found the flavour profile of tomato sauce we were looking for.

A thought occurred, “if we’re making tomato sauce, what else can we make?”.

The next logical step was to up the ante on the tomato paste, add additional herbs and spices. Voila! We have our own ketchup! The experimentations continued and soon enough Efoods had cooked up a new brand, Mr. Sauce.

After finalising formulas and signing off on flavours, we expanded on the success of the bulk sauces and incorporated 1 and 2 litre variations.

Where are you launching Mr. Sauce?

Fast forward to 2017 and you have a bit of an idea about our journey so far. It’s therefore with great pleasure that we announce our arrival on the retail scene and the launch of Mr. Sauce, you can now find one of our specially designed 375ml bottles at TM / Pick n Pay Zimbabwe!

With a little help from our friends at CarnaudMetalbox (now Nampak) we have a signature curvy bottle standing tall on the shelf, not only beautiful to look at but, also easy to hold.

Keep following our Facebook page to be the first to hear about new supermarkets and locations as they are rolled out.

You can also get in touch to place an order directly here.